10 Exotic Pets You Can Get 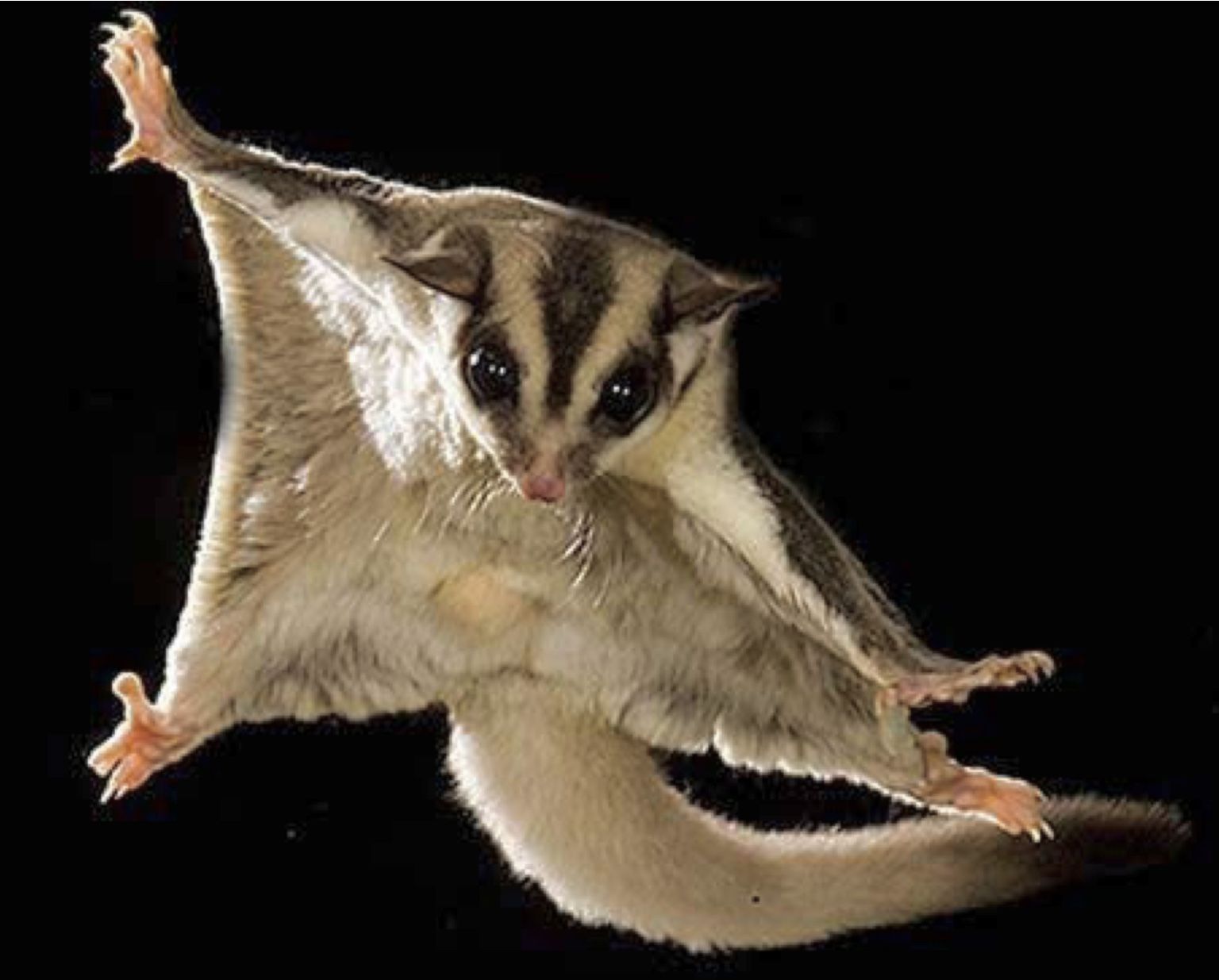 10 Exotic Pets You Can Get Today:

This article will give you a good idea of 10 Exotic Pets You Can Get. It will have facts and info on both regular information on the animals and how owning them would be. Remember if the animal is a “wild” animal do not bring it into your home. Find a reputable breeder therefore the animal may be less of a threat.

Like beavers, capybaras are strong swimmers. Their pig-shaped bodies are adapted for life in bodies of water found in forests, seasonally flooded savannas, and wetlands. Their toes are partially webbed for paddling around, and their reddish to dark brown fur is long and brittle—perfect for drying out quickly on land 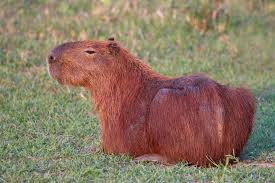 Having Capybara as pets:

Capybaras are affectionately called giant rodents and giant guinea pigs but they are not as simple to care for as their smaller cousins. Capybaras can be found in households as pets, usually in groups, but are not legal to own everywhere. In Texas and Pennsylvania it is allowed to keep them, and in many other places, you would need to consult your local legislation to see if you need any special permit.

The axolotl (pronounced ACK-suh-LAH-tuhl) salamander has the rare trait of retaining its larval features throughout its adult life. This condition, called neoteny, means it keeps its tadpole-like dorsal fin, which runs almost the length of its body, and its feathery external gills, which protrude from the back of its wide head. 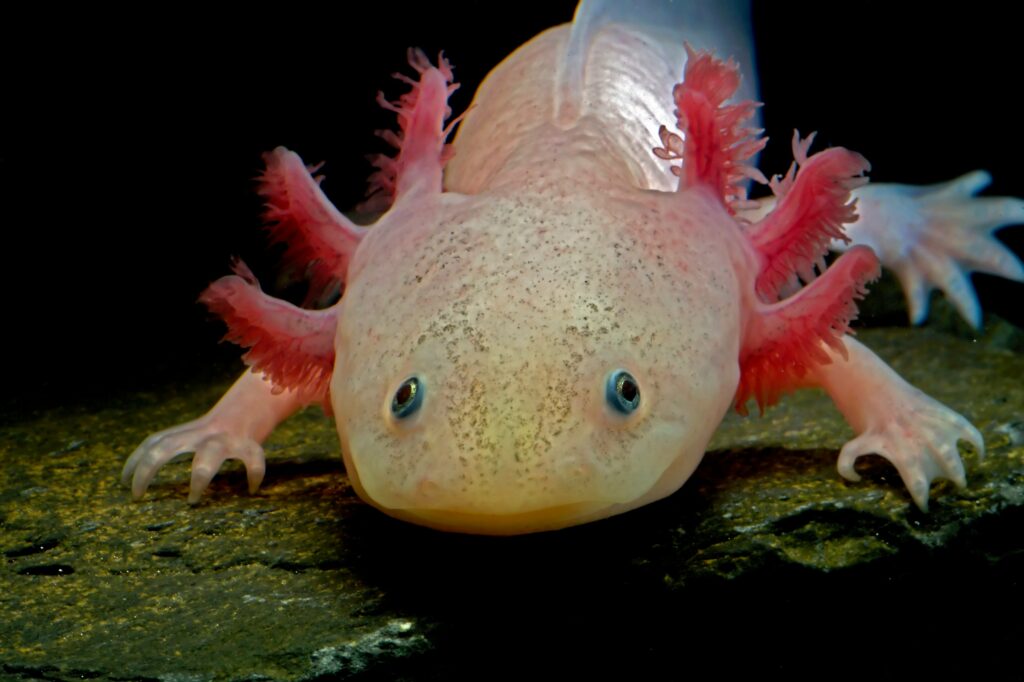 Having Axolotl As Pets:

Axolotls are hardy and easy to care for, making them ideal pets for those with little experience in keeping exotic animals. … Though they have lungs as well as gills, axolotls spend their entire lives in water which means they need a tank filled with deep water when being kept in captivity.

Kinkajous are sometimes called honey bears because they raid bees’ nests. They use their long, skinny tongues to slurp honey from a hive, and also to remove insects like termites from their nests. Kinkajous also eat fruit and small mammals, which they snare with their nimble front paws and sharp claws. 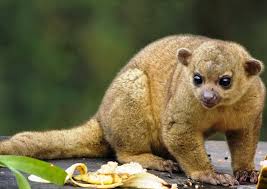 Having Kinkajou As Pets:

Kinkajous are small, golden-brown rainforest-dwelling mammals that have become increasingly popular as pets. Celebrities such as Paris Hilton have been known to have a kinkajou as a pet but the rich and famous aren’t the only ones who find these animals adorable. Making the decision to care for a kinkajou isn’t to be taken lightly though, as these animals require a very special owner.

Raccoons are round, fuzzy creatures with bushy tails and a black mask of fur that covers their eye area. These animals may look like cute, cuddly bandits, but they can be quite fearsome when approached. Racoons are highly intelligent and curious creatures, but they can also be a nuisance to any homeowner. These nocturnal mammals can destroy gardens, make a mess by tipping over garbage cans, and can cause structural damage in search of food. 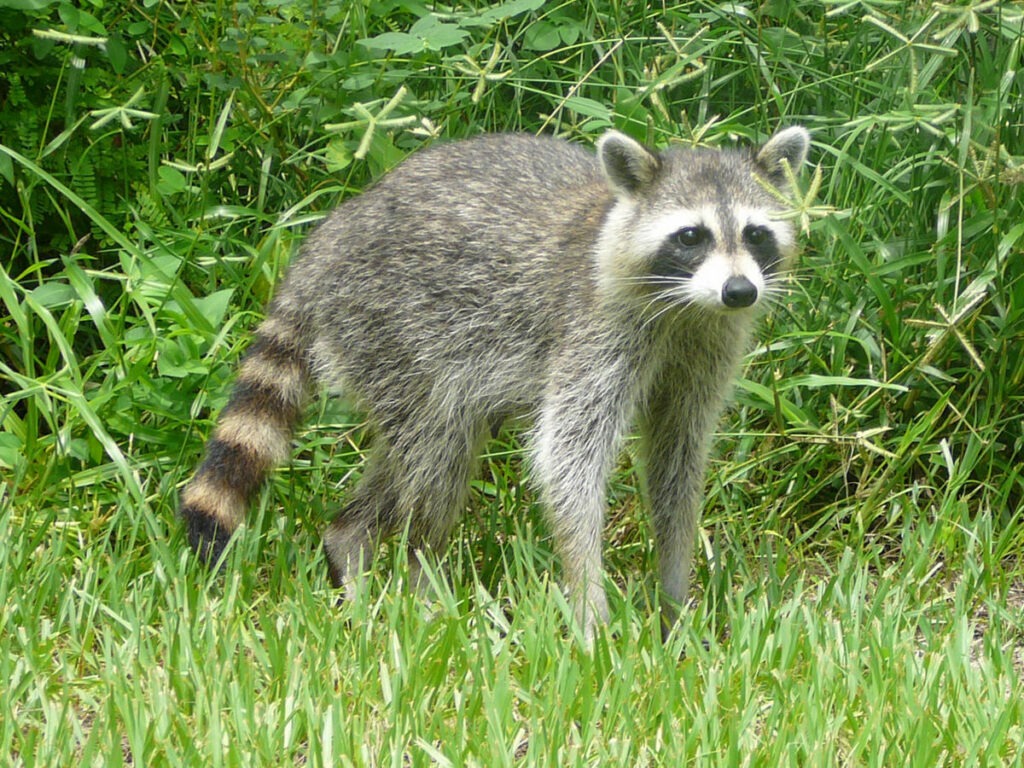 Having Racoons As pets:

Raccoons aren’t common pets, but those that choose to invite a raccoon into their home find that they make fascinating and funny companions. Raccoons are a lot like a large ferret or puppy but have characteristics that are still special to their species, and they are always full of mischief. Many experts advise against keeping raccoons as pets, as they are difficult to tame and have health issues that are hard to manage.

1. The Stripes Point Out The Sprayer.

If it seems like the skunk’s stripes are pointing right to where the noxious spray comes out, that’s because they are.

2. They Do a Little Warning Dance before spraying.

If the stripes don’t work, the skunk will try to scare off a predator with a complex warning dance.

3. They Evolved Their Smelly Spray Because They’re Nocturnal.

A study was conducted and found that it has to do with when the potential prey is out and about.

4. That Spray is Powerful Stuff.

The official name for the skunk family is Mephitidae, which means “stink.”

This is not the point, of course , but it is a side effect of spraying a chemical weapon comprised of thiols, the sulfur-based compounds found in garlic and onions that happen to be highly flammable.

7. You can Fight the Smell Chemically.

In the unlucky event that you get sprayed by a skunk  simple soap and water won’t get rid of the stink. In order to fully banish the smell, you need to alter the chemical makeup of the thiols, which fortunately you can do easily and cheaply with a mixture of baking soda and hydrogen peroxide.

Or at least, they have a devoted domestic following. Skunks are illegal in 33 states plus Washington DC, and the remaining states each have their own rules and regulations for the types of skunks you can own and the permits you need to purchase one (click here for all the specifics). But still, the people who manage to own skunks as pets—with their scent glands removed—are adamant about the animal’s appeal. Skunks are smart, curious and exhibit individual personalities—just like a dog or cat.

9. Some People Can’t Smell Skunks At All.

Specific anosmia, or insensitivity to one particular smell, is actually more common than general anosmia and one in every 1000 people has no ability to detect skunk spray.

10. Captain Jack Sparrow is Loosely Based on a Skunk.

At least, a cartoon skunk. It’s not clear if this had anything to do with the olfactory effect he was going for, but Johnny Depp once said that Pirates of the Caribbean Captain Jack Sparrow was imagined as a blend of Keith Richards and … Pepé Le Pew. 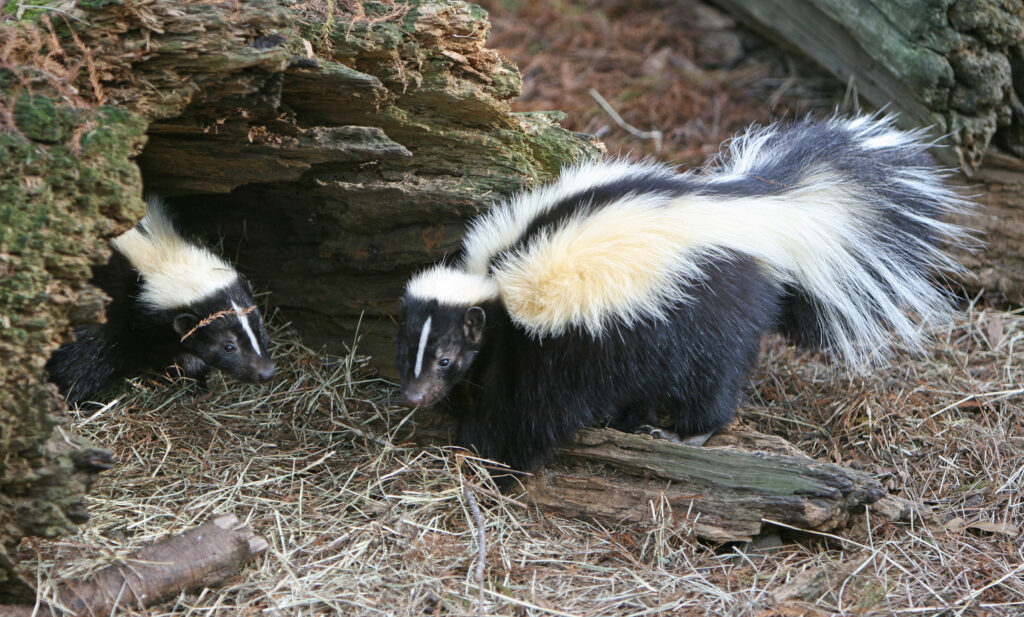 Having Skunks As Pets:

For more than 60 years, skunks have undergone domestication to be the fun-loving, furry mischief-makers that more and more skunk enthusiasts are welcoming into their homes.

Baby skunks are descented at an early age (male skunks at 3-4 months old, and females at 4-6 months old), so there is never any concern of them letting loose their musky spray. Some people debate that de-scenting is inhumane, akin to debarking, declawing, tail docking, and ear pinning. However, many veterinarians admit it is a simple procedure much like a spay or neuter.

They’re medium-sized, between 7 and 15 pounds, with pointy faces, lithe frames, and bushy tails. But unlike their relatives, foxes are not pack animals. When raising their young, they live in small families—called a “leash of foxes” or a “skulk of foxes“—in underground burrows. 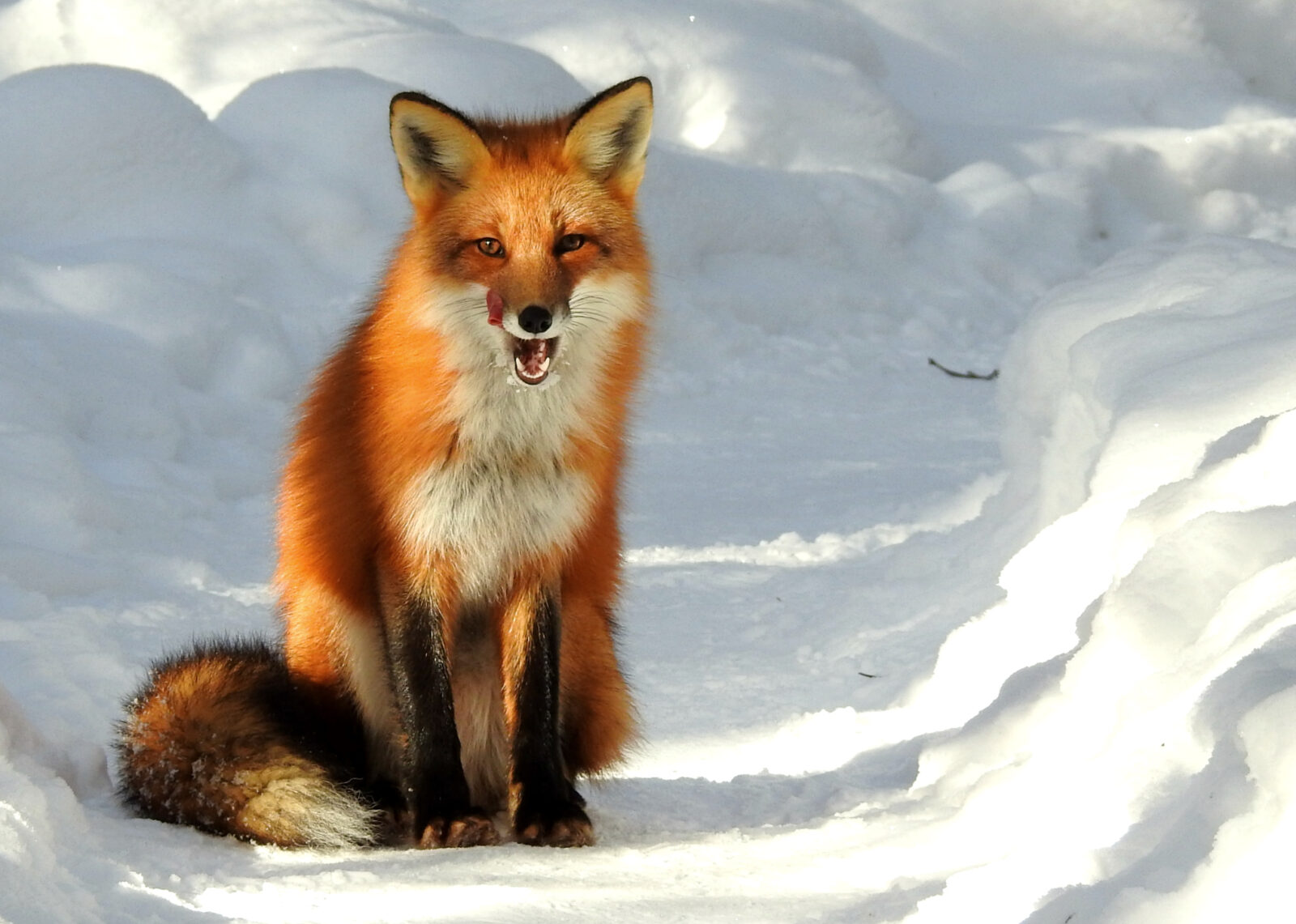 Having A Fox As a pet:

They’re a little unconventional, and they require a little bit of extra attention, but if you want a pet fox, you can have a pet fox. All you need is $8,000 and the approval of Kay Fedewa, the exclusive importer of domesticated foxes in the US.

Fennec foxes dwell in the sandy Sahara and elsewhere in North Africa. Their nocturnal habits help them deal with the searing heat of the desert environment, and some physical adaptations help as well. Their distinctive, batlike ears radiate body heat and help keep the foxes cool.

Having Fennec Foxes as Pets:

Fennec foxes can be kept as pets, although they are not very common. They are petite, save for their enormous ears. Fennec foxes behave much like dogs, but since they are not domesticated, they do require careful socialization. You’ll need to take precautions against them escaping when kept as pets.

Hedgehog (European) The hedgehog got its name because of its peculiar foraging habits. The hedgehog is nocturnal, coming out at night and spending the day sleeping in a nest under bushes or thick shrubs. Their coats are thick and spiny, providing them with a formidable defence against predators such as the fox. 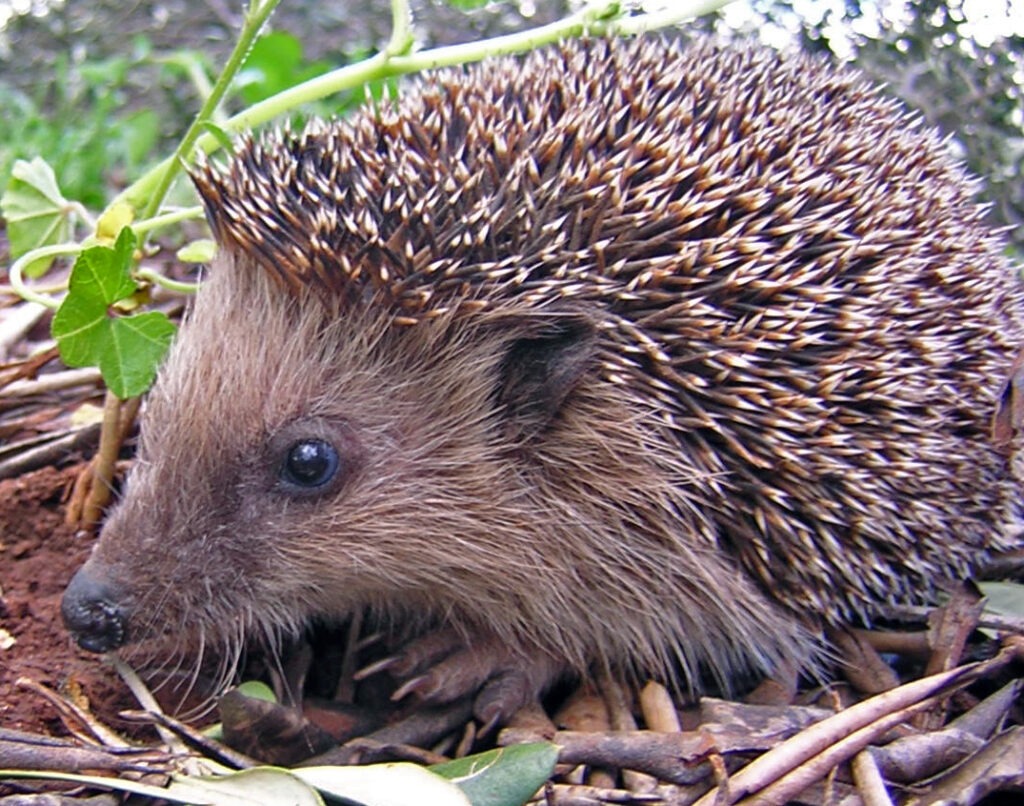 Having Hedgehogs as Pets:

Pet hedgehogs are quiet, active, entertaining, and low maintenance. They are nocturnal, making them a good pet for someone who has a 9 to 5 job. These solitary animals prefer to be housed alone and may fight if kept with other hedgehogs.

Pygmy goats get the nickname of dwarf goats for their compact size, only growing up to 20 inches high. Their weight ranges from 35 to 50 pounds for females and 40 to 60 pounds for males. They have a large range of colors, from white/caramel to dark red, silver to black with frosted spots, solid black, and brown. 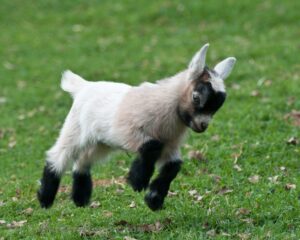 Having Pygmy Goats as Pets:

No doubt, Pygmy goats are good pets in most of the cases. The reason for this is the fact that they are friendly, easy to handle, social, and love to play. They can also be trained, just like any other pet. Moreover, they are the best companions for the kids and elderly alike.

The sugar glider is a small, omnivorous, arboreal, and nocturnal gliding possum belonging to the marsupial infraclass. The common name refers to its preference for sugary foods such as sap and nectar and its ability to glide through the air, much like a flying squirrel.

Having Sugar Gliders as pets:

They make excellent pets for people who take the time to learn about their needs before acquiring them. As they are extremely social animals that get depressed when housed alone, sugar gliders should never be kept singly as pets but rather should be housed in pairs.

10 Exotic Pets You Can Get Conclusion:

Want to Support our efforts? Donate! fan funding is our main source of income! Thank you!

Buy me a coffee

Support Our Breeding operation Click Here For Our Go Fund Me! 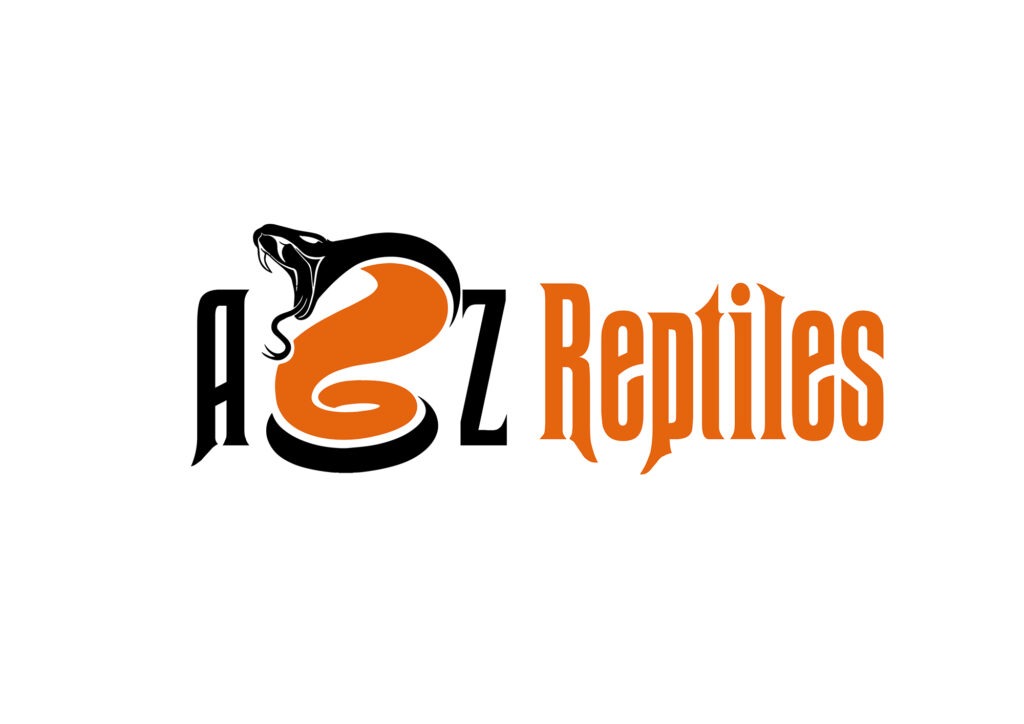 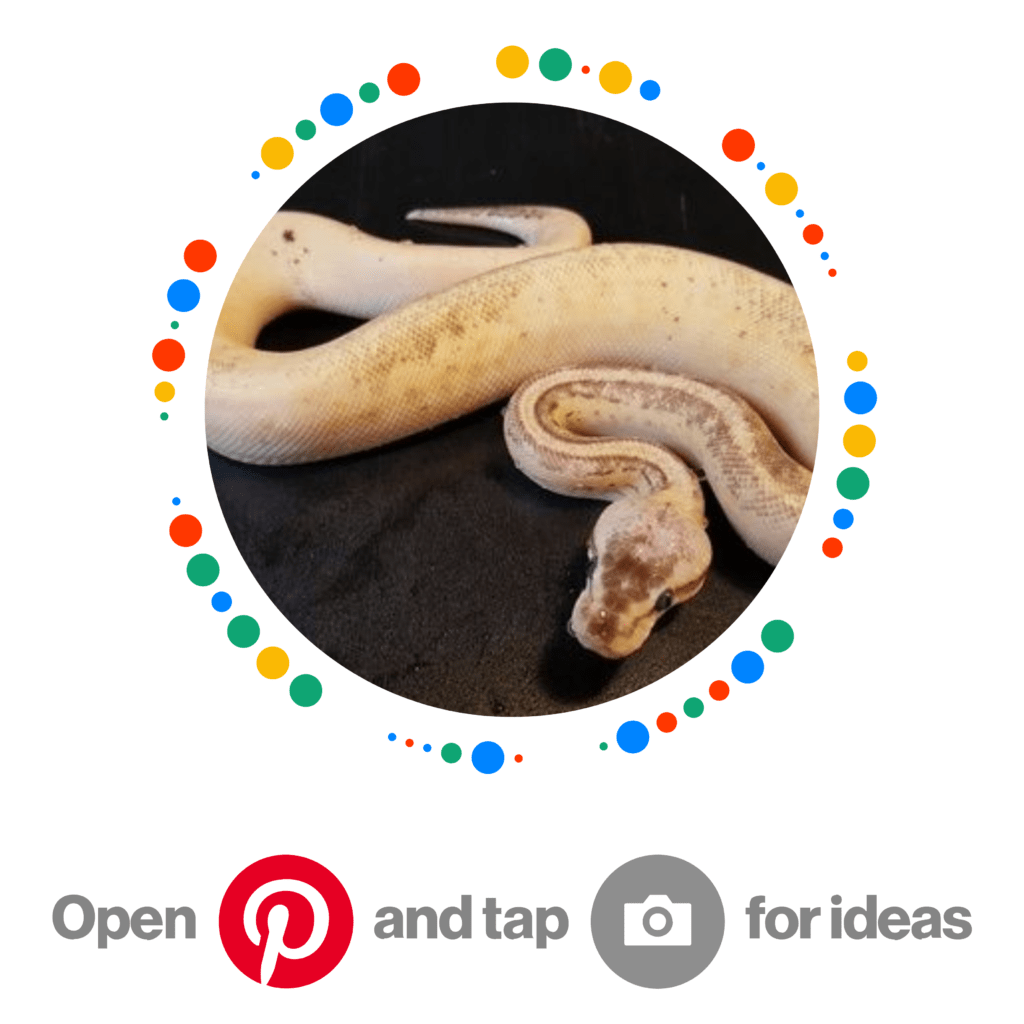 This is the link to click for a reptile or a frog! Check out this article! Click Here!

Get A Baby Tortoise! Check out This article! Click Here!